The destiny of skies and objective ties,

My wrist have grown weaker by all means,

Pushing the weight of artificial suffering,

To horizons that fade with every tinge,

As a man’s skin hardens,

I clasp my hands in religious fervor,

As the Chaconne hums the sorrow of my past,

Am I a man in spite of my weakness,

Or is that my respite?

As a little boy I was always intrigued by epic poetry. The adventure, heriocs, and triumphs gripped me and kept me awake in the quiet nights reading. Most of my poetry have been deep, emotional reflective poems about War and its aftermath. I’ve decided to start a new project writing an epic poem. I have included what I have written thus far. I hope this meets you well.

Private Grunt and The Unforunate Events of War

In the desert where sand filled light was dim,
There slept a sounding grunt who’s life was grim,
The stars blazoning a whispering wind,
As roaring calls were heard from armoured kin.

As rounds earthquaked the rich metal sleet ground,
A Sergeant rushed in to find Grunt confound,
“Private, Private what the hell are you doing!?”
“I’m sleep I’m sleep!” Said Grunt his face blueing.

Grunt rushed forth, with a steel viper in hand,
To slay the beasts who crashed his slumbered plans,
It’s bite was quick a truth known to scare all;
A flash of light that dashed hopes of the fall.

“To the Fifty!” Sergeant said with a charm,S
As brass rained down with gusto and alarm,
“Roger!” said Grunt, young face covered in mud,
But his weight was too much and he crashed with a thud!

He crawled and crawled till the Humvee was in sight,
His heart was quickened of fury and fight,
The moon hissed full with a glorious kiss,
As Grunt thought of all the family he missed.

But no, there was no crying in battle!
He hoisted himself; the turret rattled,
Into the gunners hatch he went full geared,
The fog of war masked all that he feared.

He raised his hand to caress the cool bolt,
The gun sighed a relief, sprung with a jolt!
The dust was thick, there was nothing he could see,
Only the muzzles of his comrades flushed with glee.

Boom boom, boom boom the night filled with a theme:
Of truth, and lost; of choas and of steam,
Grunt eyes filled with the soft grains from a land,
That bury the dreams of green fledging men.

The .50 jammed!  this must be some black art,
But the hue of the barrel did much of it’s part,
Dust quickened to a blinding slick ordeal
A whirlwind of chance, but none of this was real…

It all was a dream a cruel one at that,
You see Grunt was captured by men who hated him back,
Tried and true the fate of war has its due,
And time has its rhyme of the choices we brew.

I remember what you said to me,
Covered in the grains of my juvenile determination,
“Come back in one piece” said with a deceiving
grin; crisp words you knew would never be.
I carried them like a wanting child,
Full of helplessness and curiosity,
Smoothing the turbulent rumblings,
That jolted me from inklings of the dark cloud,
That hangs and waters the reservoir of ruins.
Those words carried me along asphalt baked with defeated dreams;
Roadsides: the waiting point for the chariot that delivers us from buffering.

You said you’d wait for him,
And wait for him you did.
Until the man you waited for cease to live.
He came back with the same eyes that won your soul,
But those eyes held no soul.
And you wonder if he’ll look at you the same as he did before,
If he was the same man who told you you were beautiful the year before,
Beneath a night sky,
Fuming with passion and abandoned,
Embraced in a farewell entrapped by a kiss that would nourish the dry spell.
You danced in a bar filled with breaking hearts,
Before a morning of tearful departs.
You listed all the things he liked,
His favorite sports team,
His car magazines,
The way his scent lingered on pillow cases.
A tribute to the man you knew before
Tremblings and temptations,
Defaced promise and youth.
A year of sacrifice has become unglued,
By rogue expectations and delegations that bury the truth,
That you can’t love what you can’t refuse.
And time is a leaving train,
Fixed on a destination,
Not deterred by our own lateness,
As we run to catch steaming metal,
And medal in contemptment,
Won by a dream derailed from the clutches of commitment.
But you said,
You said.

The sharp touch of metal,
Caresses my fist,
As the light,
Devours a lonely glimpse,
Of what life has become,
For the boy,
Who left the shielding arms,
Of Apple pie and Monday night football,
To save a world from evil,
Without a uniform or flag.
As the faucet drips,
The tune of the forgotten,
Is lulled to sleep,
By the lullaby of the safety.
Click, click, click,
Is the rhythm of thought,
That dances between,
The present,
And forever. 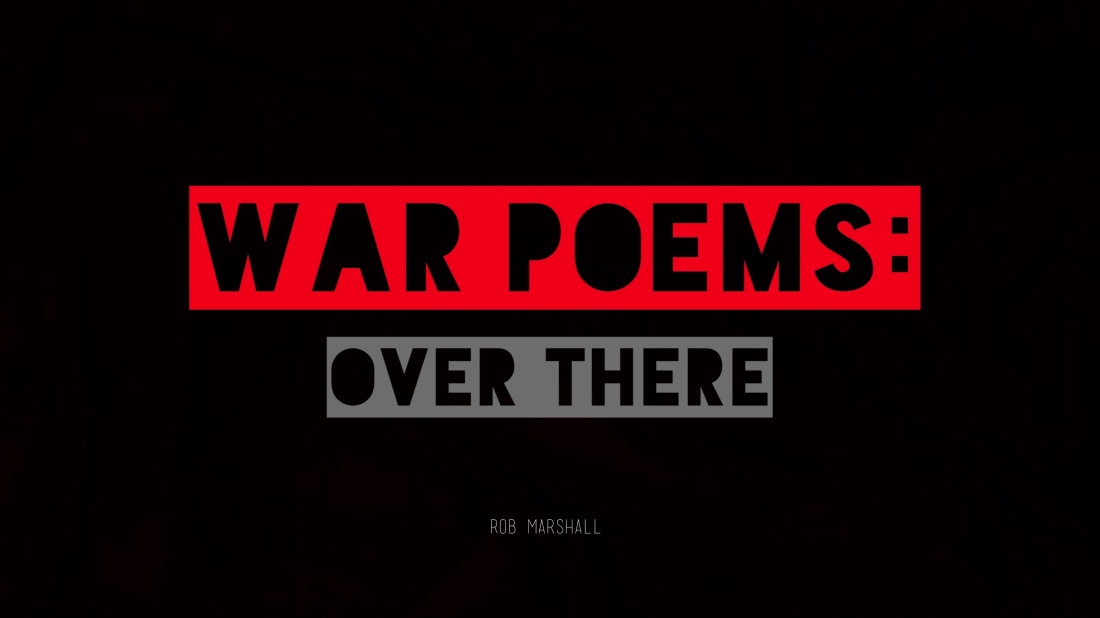 I’m very grateful to announce my upcoming book War Poems: Over There:

War Poems: Over There is a gut-punching journey into the soul of a soldier, with striking imagery relating war experiences in Iraq and the later acclimation to civilian life. It is a collection of deep and honest thoughts on war and its aftermath without glamour or flag-waving. Regret, suicide, love, lost, naïveté, destruction, are deeply woven within the candid poetry of Over There. If you have ever wanted to feel and discover what Veterans face both in the heat of battle and in the silence of suffering, Over There will open your heart.

It will be available to purchase this upcoming summer through Kindle, Bitcoin, and Dogecoin. Follow me for more details and announcements as we move closer to the launch.